How Blockchain is Changing the Face of the Lending Industry 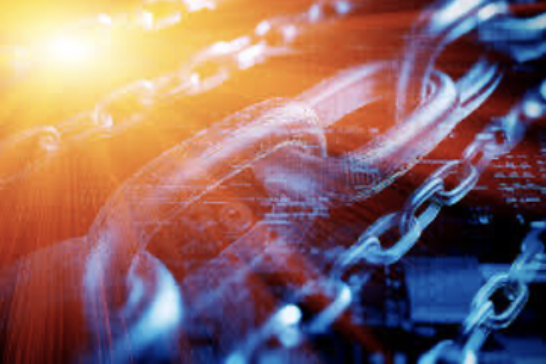 We are living in the golden age of financialization. Everything we know is already financialized or is on the verge of getting financialized.

Data suggests that 40% of Ivy League graduates are joining the financial industry. This growing trend is tantamount to the growth of this industry itself.

But not all places are the same under this vertical.

There are reasons for this disparity, and blockchain technology wants to fix that.

One of the reasons for the traditional lending disparity is that its whole infrastructure is centralized.

But this centralization, along with stringent KYC rules, further doesn't aid to the cause.

Of course, by any means, the purpose is not to dodge the KYC because then the whole synergy between the lender and borrower can be disrupted.

Speaking of centralization, blockchain is the exact opposite of it.

How Is Blockchain Solving This?

Lending originated simply intending to connect borrowers who need money to the lenders who want to give away money for a profitable interest rate.

After all, the lender isn't earning anything by just sitting on the cash; therefore, this way of monetization came into being, which is known as lending today.

Blockchain is inherently P2P (peer to peer), which is the way lending also should be.

This makes it very suitable to create a lending marketplace where borrowers and lenders can connect. Thus making the whole process of lending right from the origination, fulfillment, settlement, and servicing, etc. much more efficient and trackable.

Speaking of trackability, for which the traditional lending industry spends millions on specialized softwares, can also be done very cost-efficiently via blockchain because at its heart blockchain is just a bookkeeping system with timestamps.

One more important cog in the wheel is ownership in the digital world, about which I am going to elaborate more in the next section, and this is very important from the perspective of the flourishment of a healthy lending industry.

Blockchain wasn't even a thing untill Bitcoin broke to the scene.

And Bitcoin's roots are traced to the financial crisis of 2008-2009, which was a natural result of the subprime mortgage industry in the US.

These mortgages were highly risky and were mostly granted without any security pledge.

Meaning there were no substantial underlying collaterals for these loans which were issued. Naturally, making them highly leveraged and unsecure.

This kind of crisis can be avoided, and a healthy lending industry can flourish with tokenization and smart contracts with blockchain at its core architecture.

Tokenization of your assets like stocks, bonds, real estate, cryptocurrencies, or anything, can make them readily available for collateralization and tracking.

Plus, with tokenization comes the benefit of public-key cryptography, which is an undisputed way to manage digital ownership.

This is how right now also the minuscule crypto lending industry is booming. Of course, it is a sort of MVP now, but it is working very well because these are crypto-based collateralized loans.

Blockchain is fuelling a new breed of crypto collateralized loans, which are more like HELOC loans (Home equity line of credits) from the legacy banking system.

Here one can keep his/her cryptocurrencies as collateral and open a crypto credit line without much hassle, thereby having a crypto equity line of credit in place which much safer than the leveraged lending of traditional markets.

Further, smart contracts can be used to automate a significant chunk of operations when disbursal conditions are met or when recovery needs to be done.

This removes highly redundant work from the loan cycle, i.e., from loan origination to vetting, to underwriting, to funding, to recovery, making it very cheap.

DeFi: Decentralized Finance via Blockchain Is The Name Of The Game

This phenomenon of decentralized peer to peer lending or finance over the blockchain is popularly, now termed as DeFi (Decentralized Finance).

Previously, it was looking like DeFi platforms are becoming too exclusive to garner any meaningful mass level adoption, but with DeFi platforms hitting $1 Billion has evaporated those doubts.

Many blockchain-based crypto lending companies like Celsius, Nexo, BlockFi, and YouHolder are now clocking many billion dollars in issuing such collateralized loans all over the world.

Of course, those doubts of exclusivity cropped up because initially, they were charging origination fees, processing fees, and high withdrawal fees, etc. much like the traditional lenders.

But this happened because of the novelty of the whole thing. These pioneer companies weren't entirely sure what they are getting into and what to expect.

Now, as the market has matured and their confidence has grown, they are removing one friction point after another, making it a seamless experience for the borrowers and lenders.

Keeping a close eye on these companies is exciting because the diverse and broad lending marketplaces they are creating hasn't so far been created ever.

However, it is not all rosy this side because there are decent probabilities of implementation errors such as flawed smart contracts or slippages through lenient KYC tactics, which might violate AML laws.

These are two critical areas for which blockchain is still searching an answer for and this I believe cannot also be found without regulators stepping in.

Lastly, as far as smart contract errors are concerned, I am not that worried because implementation errors have happened and keep happening in traditional methods too.

Thus they are expected to happen here too and even more so given the new industry vertical with modern methods. Still, in the long run, this will be a greater good for all participants around the world who haven't been able to access finance through the traditional banking system.

Hey, I'm Nathan, an independent Security Analyst with over thirteen years of experience in advising global corporations to reduce cyber risk through innovative cyberwarfare. Doing complex security audits for clients is my forte. Recently, I'm getting inclined towards sharing my resourcefulness by writing on the topis of cyber defense, cryptography, and blockchain, which can help businesses and individuals to gauge the actual impact of cyber risk.