Unfair Competition In FinTech: A Familiar  Problem For An Emerging Industry 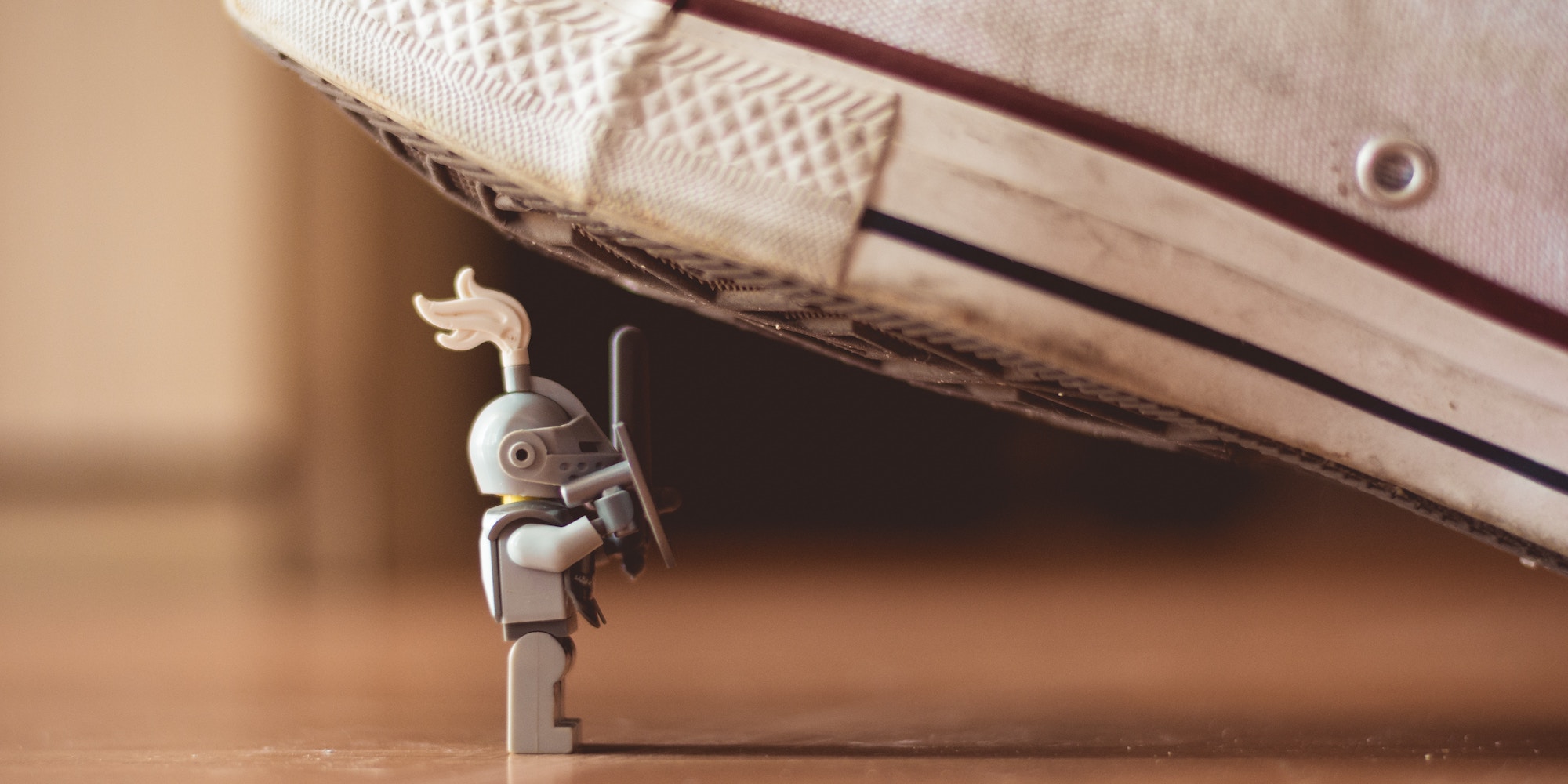 FinTech is a broad term. At its most basic, FinTech is a contraction of "financial technology." However, in more recent years, the term has come to encompass numerous businesses that use technology to create better, more efficient financial services for consumers and businesses over a range of traditional business sectors including lending, payment, personal financial management, asset management and insurance.
Many FinTech companies seek a competitive advantage over traditional banks by engaging in activities that, while falling within the scope of services offered by banks, do not require a full banking license. As a result of these activities, as well as the continued rapid expansion of the FinTech sector, FinTech companies are likely to see an increase in so-called unfair competition lawsuits, which have plagued financial institutions since the inception of unfair competition laws.

What is Unfair Competition?

Competition is the core of business, however, there are limits. State and federal laws restrict competition deemed unlawful, deceptive or "unfair." The stated purpose of these laws is to protect consumers and businesses alike against deceptive business practices. Some common examples of unfair competitive practices in commercial law include: false or misleading advertising, trademark infringements, trade defamation, and misappropriation of business trade secrets. Under California law, virtually any law or regulation – federal or state, statutory or common law – can serve as a predicate for a violation of California's unfair competition law, codified in California Business and Professions Code sections 17200 and 17500 ("UCL"). Under the UCL, if a "business practice" violates any law, it can potentially be found to violate section 17200 and may be redressed under that section. Moreover, a "business act or practice" is broadly interpreted to include any act which is reasonably related to the defendant's business. Unfair Competition Issues in FinTech

Actions alleging unfair competition claims often raise claims under the Uniform Trade Secrets Act (UTSA). The UTSA, which has been adopted by 46 states (including California), protects any information that: (1) has independent economic value, (2) has that value because it is not generally known to others and is not readily ascertainable; and (3) is the subject of reasonable efforts to maintain its secrecy. The UTSA recognizes a statutory cause of action for misappropriation and misuse of trade secrets, which is generally defined as the acquisition, disclosure or use of a trade secret through improper means, i.e., using a trade secret or telling someone else the information without permission. Importantly for FinTech companies, the UTSA prohibits employees from using any trade secret or confidential information gained from a prior employer on behalf of their current employer. For example, an employee's use and dissemination of computer source code created for or obtained from a prior employer can support a claim for unfair competition against the new employer.

Plaintiffs also commonly allege violations of the federal Truth In Lending Act (TILA). TILA requires lenders of consumer loans to make certain financial disclosures, including "the amount financed, the total finance charge, the finance charge expressed as an annual percentage rate, the sum of the amount financed and the finance charge ('total of payments'), and the number, amount, and due dates of payments scheduled to repay the total of payments." Shaterian v. Wells Fargo Bank, N.A. (N.D.Cal. 2011) 2011 WL 5358751, 11 (citing 15 U.S.C. § 1638). In the FinTech sector, TILA has been used to allege unfair competition based upon allegations of inadequate and inaccurate lending disclosure statements to customers. For example, an inadequate disclosure of interest rates under a consumer loan can support a claim for unfair competition.

The California version – The Rosenthal Fair Debt Collection Practices Act (Civ. Code § 1788 et seq.) – regulates the collection of "consumer debts," i.e., those incurred by natural persons to acquire property, services, or money for personal, family, or household purpose. Civ. Code § 1788.2(b), (e), (f), (h). The Act applies to persons and entities engaged in the debt collection business and prohibits unfair and deceptive practices. The Act also sets forth certain obligations of debt collectors as well as remedies for violation of those obligations. Civ. Code § 1788.2(c), (g).

Fintech companies are often involved in the lending and management of consumer debt. Any abusive, deceptive or unfair actions taken in the collection of that debt can support a claim for unfair competition under the FDCPA. This conduct includes misrepresenting the debt owed, making excessive and harassing collection calls, and threatening to bring legal action on claims that are not enforceable or time-barred.

The Consumers Legal Remedies Act (CLRA) (Civ. Code §§ 1750–1784) provides damages and injunctive relief to consumers injured by certain deceptive practices in the sale or lease of goods "primarily for personal, family or household purposes" or for services "for other than a commercial or business use, including services furnished in connection with the sale or repair of goods." Civ. Code § 1761(a)–(b). Prohibited practices include (Civ. Code § 1770(a)): (1) "representing that goods or services have sponsorship, approval, characteristics, ingredients, uses, benefits, or quantities that they do not have;" (2) "disparaging the goods, services, or business of another by false or misleading representation of fact;" (3) "advertising goods or services with intent not to sell them as advertised;" and (4) "advertising for sale or selling a financial product that is illegal under state or federal law."

In the Fintech sector, plaintiffs have used the CLRA as a basis for unfair competition claims, including claims that the defendant company failed to make requisite disclosures, overcharged fees, and failed to provide necessary notices.

Business disparagement, aka "trade libel," is saying something false about the products, goods or business of another that induces others not to deal with them with the result of financial loss. The tort of trade libel "encompasses 'all false statements concerning the quality of services or product of a business which are intended to cause that business financial harm and in fact do so.'" ComputerXpress, Inc. v. Jackson (2001) 93 Cal.App.4th 993, 1010. For example, accusations that one company stole or copied the trade secrets of another company can support a claim for unfair competition against the company that made the accusations.

Business and Professions Code section 17500 makes it unlawful for any person, firm or corporation, or an employee thereof, to make or disseminate any statement concerning real or personal property or services "which is untrue or misleading, and which is known, or which by the exercise of reasonable care should be known, to be untrue or misleading." Similarly, the Lanham Act (15 U.S.C. § 1051 et. seq.) creates civil liability under Federal law for commercial advertising or promotions that misrepresent the nature, characteristics, qualities, or geographic origin of the advertiser's goods, services, or commercial activities, or of the goods, services, or commercial activities of another person, including a competitor. See 15 U.S.C. § 1125(a)(1)(B).

Like the CLRA above, plaintiffs in actions involving Fintech companies have used Business and Professions Code section 17500 and the Lanham Act to assert unfair competition claims based on false or misleading advertisements (including oral statements) that are likely to deceive members of the public.

In assessing penalties for unfair competition, courts can consider a variety of factors, including, (1) the willfulness of the defendant’s misconduct, (2) the nature and seriousness of the misconduct, (3) the number of alleged violations, and (4) the persistence and length of time over which the misconduct occurred. See, e.g., Cal. Bus. & Prof. Code § 17536. In light of these and other factors, a FinTech company can, and should, take steps to minimize exposure to unfair competition claims. The following are some suggestions:

Brian R. Bauer is a litigation attorney at Allen Matkins where his practice focuses on unfair competition and trade regulation cases, including those brought under California's UCL. He represents financial institutions, government entities, telecommunications companies, national retailers and commercial real estate developers. He can be contacted by email: [email protected]